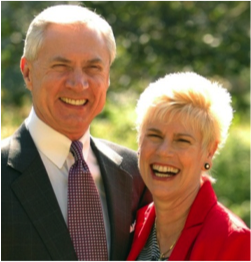 Let me tell you a story about my friend, Jan Dahlin Geiger.  Many years ago when Jan was in her mid-30’s, she was an executive earning $100,000 per year. In today’s dollars, adjusted for inflation, that would be $300,000. She was ranked in the top 5% of all income-earners in the U.S., and the top 1% of all women income-earners. She had reached every goal she had ever set. Married with two young sons, you would have thought her life was idyllic, but she was not happy. Why? At first, she did not know why.

Her already shaky marriage grew more and more distant, and they parted company in an amicable divorce. As Jan developed her spiritual life, she committed to new core values, and she laid a whole new foundation for her life. Money no longer defined her success. Now closeness to God, a servant’s heart, and loving people generated true fulfillment for her.

A friend introduced her to Jerry Geiger, a handsome successful Christian man with similar values and social status. Romantic fireworks exploded on their first meeting, but even with the intense chemistry, they promised to keep their hands off each other until they were married. After a rigorous exploration of their core values and interests, they married 63 days later.

Jan chose to work part-time so she had more time to stay home and raise their kids. Unfortunately, the glow of the honeymoon wore off all too quickly. Their first 5 years of marriage were peppered with conflicts.

Jan and Jerry were strong willed, brilliant people. They didn’t know how to resolve problems without attacking and defending.  Jan didn’t tell any one about Jerry’s verbal abuse.** She tried her best to keep their marriage together. Finally at her wits end, Jan threatened a legal separation if Jerry spoke harshly to her one more time. Having taken a marriage vow for life, she promised to remain married to Jerry, but she was clear that she didn’t have to live with him and let him continue to verbally abuse her.

The threat of separation shocked Jerry. He didn’t want to lose Jan. He sought help from a male Christian marriage counselor where he complained about Jan’s behavior. He said she was provoking him to anger with her unreasonable behavior.

While Jerry expected the male counselor to side with him, the counselor confronted him saying, “It is your responsibility to love Jan, to discern her needs and to fulfill them. If you were already fulfilling her needs, she wouldn’t be acting in ways that you find so objectionable. Talk to her to discover her needs. Meet her needs, and she will most likely change her behavior to meet your needs, too.”

Jerry attended many counseling sessions by himself, and invited Jan into deeper more meaningful conversations.

Jerry asked Jan to tell him about her needs and desires.  Among other things, they learned each others love languages,* and they shared how they wanted to be appreciated.

Jan’s primary love language is “words of affirmations.” Still after 20 years Jerry posts a new love note on the kitchen counter every morning.

Jerry thrives on Jan’s cheerleading (words of affirmation), and she is thrilled to be his biggest fan. Instead of criticizing him, she complements him on his strengths, and Jerry feels buoyed up. Jerry took over the grocery shopping because Jan totally disliked it. Jerry didn’t mind.  With continued study and nurturance of their marriage, they learned how to discuss conflicts with kind words instead of criticism and contempt. Chemistry lit up their marriage once again.

After the kids left home, Jan re-entered the work force and rapidly developed a thriving business as a certified financial planner. Now Jan and Jerry are best buddies, and Jerry credits Jan’s emotional support for his abundant financial success.

Jan realizes that one of her spiritual gifts is the knack of making money and having fun doing it. It’s not a chore for her. Financial success does not define her identity any more because she knows her identity in God. She loves to help others become financially successful and to help them grow spiritually.

Jan and Jerry reached their goals to become financially independent in 2014 and they retired. They plan to continue to work and give the money to social causes that improve the quality of life on the planet.

When Jan contemplates her new year’s goals, she does not just look at financial goals. She knows that’s only one piece of a fulfilling life. She sets two goals in the following categories because she wants a well-rounded, flourishing life. 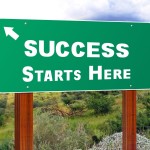 Search Amazon for Jan Dahlin Geiger’s book, Get Your Assets in Gear, Smart Money Strategies. She writes to people in their 20’s and 30’s to help them become financially successful the easy way.

* * * *
If you would like to accelerate your ability to create a flourishing life on all levels, ask me about private counseling or attend a retreat. Please complete the Contact Form to receive a complimentary 10-minute interview.

* Do a google search for the Five Love Languages Quiz

** Jerry Geiger speaks to churches about his history of verbal abuse and how he learned to truly love his wife. 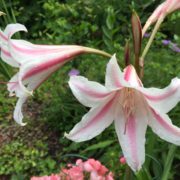